Shama Deadman is about to complete his first season as Basel manager… but will it be one to celebrate?

In the previous chapter, he began his tenure by giving ‘Die Bebbi’ a slender lead at the halfway stage of the Swiss Super League. They are also still competing in the Swiss Cup, but have dropped into the Europa Conference League after finishing 3rd in their Europa League group.

Today’s chapter will take us through the second half of the 2029/2030 campaign. Can Basel bring an end to Young Boys’ dominance of Swiss football? And after nearly 10 years in management, can Shama finally deliver some silverware? END_OF_DOCUMENT_TOKEN_TO_BE_REPLACED

Guten tag, bonjour, ciao, nuqneH – and welcome to the latest chapter of my Football Manager 2021 journeyman series, now coming to you from multi-lingual Switzerland!

The 2029/2030 season is about to kick off, as is Shama Deadman’s tenure as Basel manager. In the last chapter, we met his new squad for the first time and looked at the challenge awaiting them in the Swiss Super League.

Today’s installment will take us through the first half of the new season, as ‘Die Bebbi’ look to end Young Boys’ recent dominance of Swiss football. Can Shama lead them back to the summit, or has the former Győr man taken a step too far? END_OF_DOCUMENT_TOKEN_TO_BE_REPLACED

“I got my first real Swiss team! Took the offer just in time! Now I’m with the blue and red! Twas the summer of ’29!”

Welcome back to my Football Manager 2021 journeyman series with Shama Deadman! In the last chapter, we saw Shama lead his Győr team into the final stages of an epic battle for the Hungarian league title.

Now, he’s decided to leave Hungary behind (which is probably a wise decision given recent events) and pursue a new challenge in Switzerland! Today, we’ll have our first look at the challenge awaiting him at Basel. Is he in heaven… or has he been reckless? END_OF_DOCUMENT_TOKEN_TO_BE_REPLACED

In case you missed the previous two chapters, Győr have built a clear lead at the top of Hungary’s first division. Shama Deadman’s side look set to become Nemzeti Bajnokság champions for the first time since 2013… but Újpest are hot on their heels!

Can Shama’s green machine and win him a first trophy in management? Or will their lilac rivals leave them crying? END_OF_DOCUMENT_TOKEN_TO_BE_REPLACED

It’s time for another chapter from my Football Manager 2021 journeyman career, where Shama Deadman is having the time of his life in Hungary!

Much of Győr’s success so far this term has been down to a rock-solid defence – and perhaps the greatest goalkeeper to come out of Romania since Helmuth Duckadam! So… what could possibly go wrong? END_OF_DOCUMENT_TOKEN_TO_BE_REPLACED 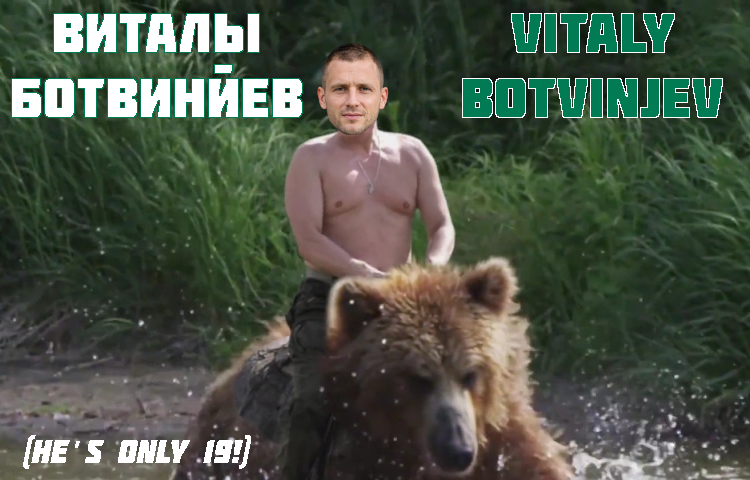 Shama Deadman’s fourth season in Hungary is underway. Having guided Győr to promotion – and then into Europe – can he now lead a title challenge?

In the 2028/2029 season preview, we met several new signings – including a certain bear-hugging Russian – who Shama hopes will take his Győr team to that next level. We also saw how they got on in their first two qualifying matches for the Europa Conference League (spoiler: not very well).

Today’s chapter will take us through the first half of the new league campaign. Was last season’s incredible 3rd-place finish a fluke… or can ETO defy expectations once again? END_OF_DOCUMENT_TOKEN_TO_BE_REPLACED

We’re into the NINTH season of my Football Manager 2021 series, which has taken our manager Shama Deadman on a journey across Europe. Today’s chapter is a very special one for Shama, who at last gets to experience a continental competition for the first time!

Shama has been at Győr for three seasons, in which he has led this Hungarian second-division team to an impressive 3rd-place finish on their top-flight return, as well as a Magyar Kupa Final. You can read more about their successes in the 2027/2028 season review.

Now, though, focus turns towards the 2028/2029 season. In today’s post, we will have a fresh look at the Győr squad and see what business Shama has done as he tries to turn his nearly-men into serious challengers.

We will also find out how Győr get on in their first matches in the Europa Conference League. Yes, it’s basically a glorified Intertoto Cup, but it’s still a European title that most footballers dream about winning! I mean, you can see how delighted Scott Parker was when Newcastle actually won something all those years ago! Just look at his face! END_OF_DOCUMENT_TOKEN_TO_BE_REPLACED

The 2027/2028 season has finished, and it’s been an incredible campaign that Győr fans will never forget!

In their first season back in Hungary’s top division, Shama Deadman’s side built on a strong start and secured an unexpected 3rd-place finish – and a spot in the Europa Conference League next term! They also made it through to the Final of the Magyar Kupa, which you can read about here if you haven’t caught up yet.

In today’s season review, where we will look back on a magnificent nine-and-a-half months. He will then have to decide whether to extend his stay in Hungary… or look for a bigger job elsewhere. END_OF_DOCUMENT_TOKEN_TO_BE_REPLACED

The 2027/2028 season is almost over, and it looks set to be the greatest of Shama Deadman’s career!

In the previous chapter, we saw Győr continue to beat the odds in their first season back in Hungary’s top division. As we head into the last few weeks, not only are they close to securing a top-four finish in the league… but they are also in contention to win the Magyar Kupa!

There’s still time for things to go horribly wrong, but can Győr hold their nerve and secure European football for next season? Let’s find out… END_OF_DOCUMENT_TOKEN_TO_BE_REPLACED

Thank you very much for joining me for the latest chapter of my FM21 series with journeyman coach Shama Deadman.

Part 31 took us through the first half of the 2027/2028 season, which marked Győr’s return to Hungary’s top division after a six-year absence. It really could not have gone much better, thanks largely to an English goal machine who has already built a strong following at ETO Park!

We now rejoin the story in the winter months, where Győr are hoping to keep the good times rolling – and maybe even secure their survival with time to spare! But with several clubs making admiring glances in the manager’s direction, is Shama about to have his head turned? END_OF_DOCUMENT_TOKEN_TO_BE_REPLACED